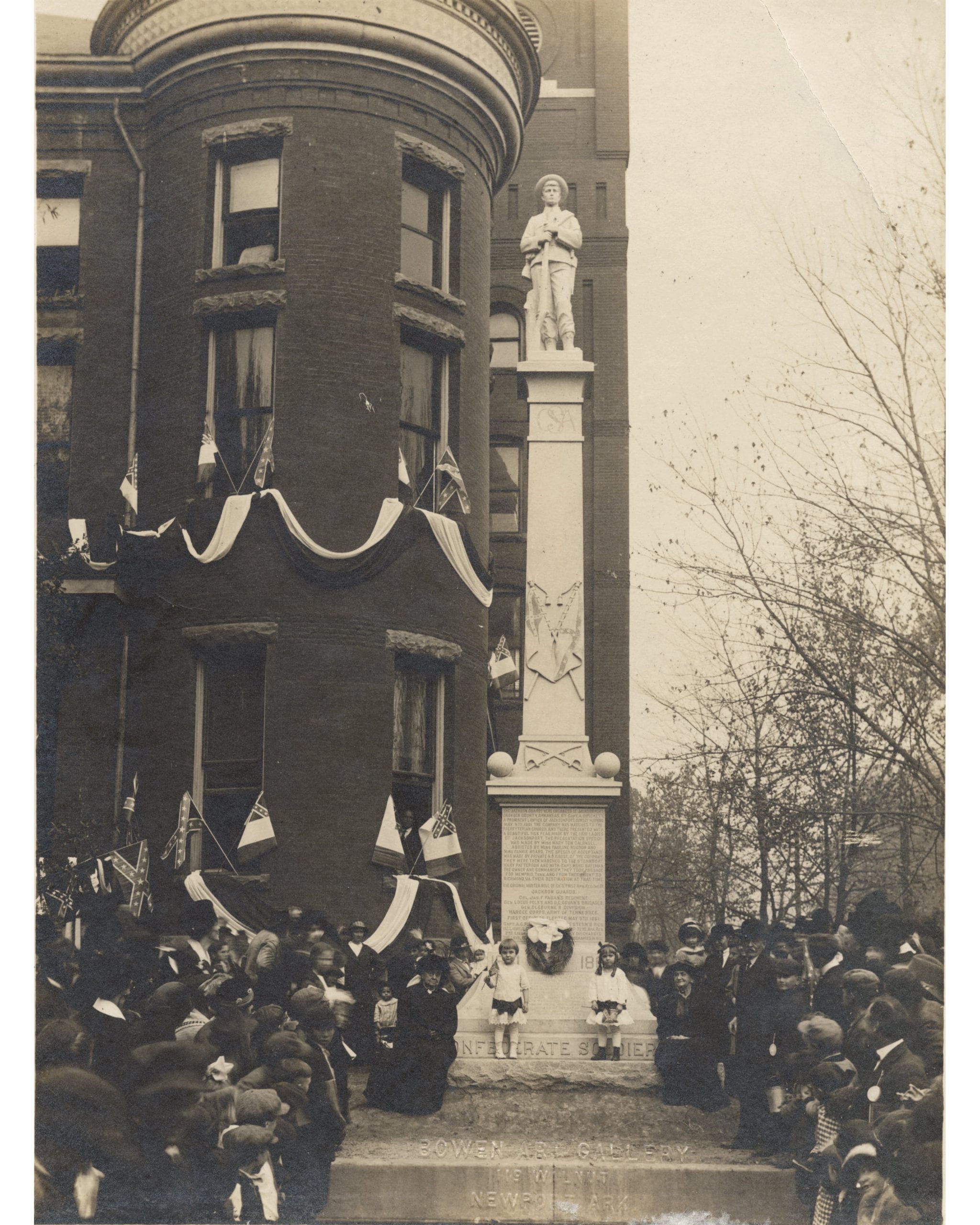 In February 1914, Lady Elizabeth Watson and her best friend, Clare Phillips, unveil the Confederate memorial on the grounds of the Jackson County Courthouse in Newport.  Lady’s grandmother, General James Fagan’s widow, sits to the right of the column.  The United Daughters of the Confederacy had raised much of the money for this monument with the help of William E. Bevens, who wrote Reminiscences of a Private to help with the fundraising.  In the 1970’s, the memorial was toppled in a storm and broke apart, and in 1976 the restored memorial was moved to Jacksonport State Park, assuming a place of honor in a courtyard down the mall from the courthouse.

From the Jacksonport State Park Collection.