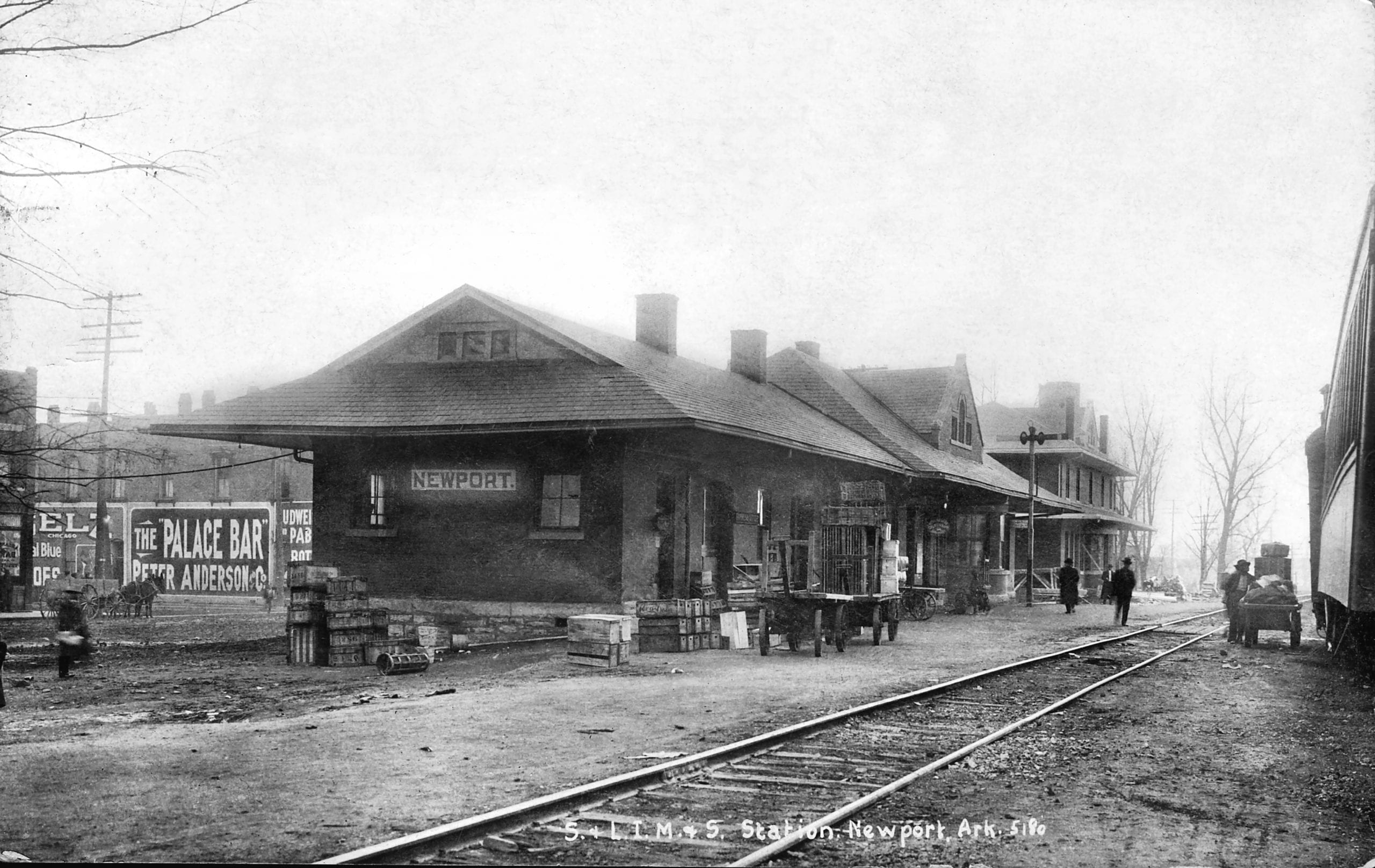 The second St. Louis, Iron Mountain, and Southern Railway Depot in Newport was built in 1916, and it was a busy place through the 1930’s.  As roads improved and automobiles became more accessible, passenger traffic declined, but the railroads still carried most of the cotton to market.