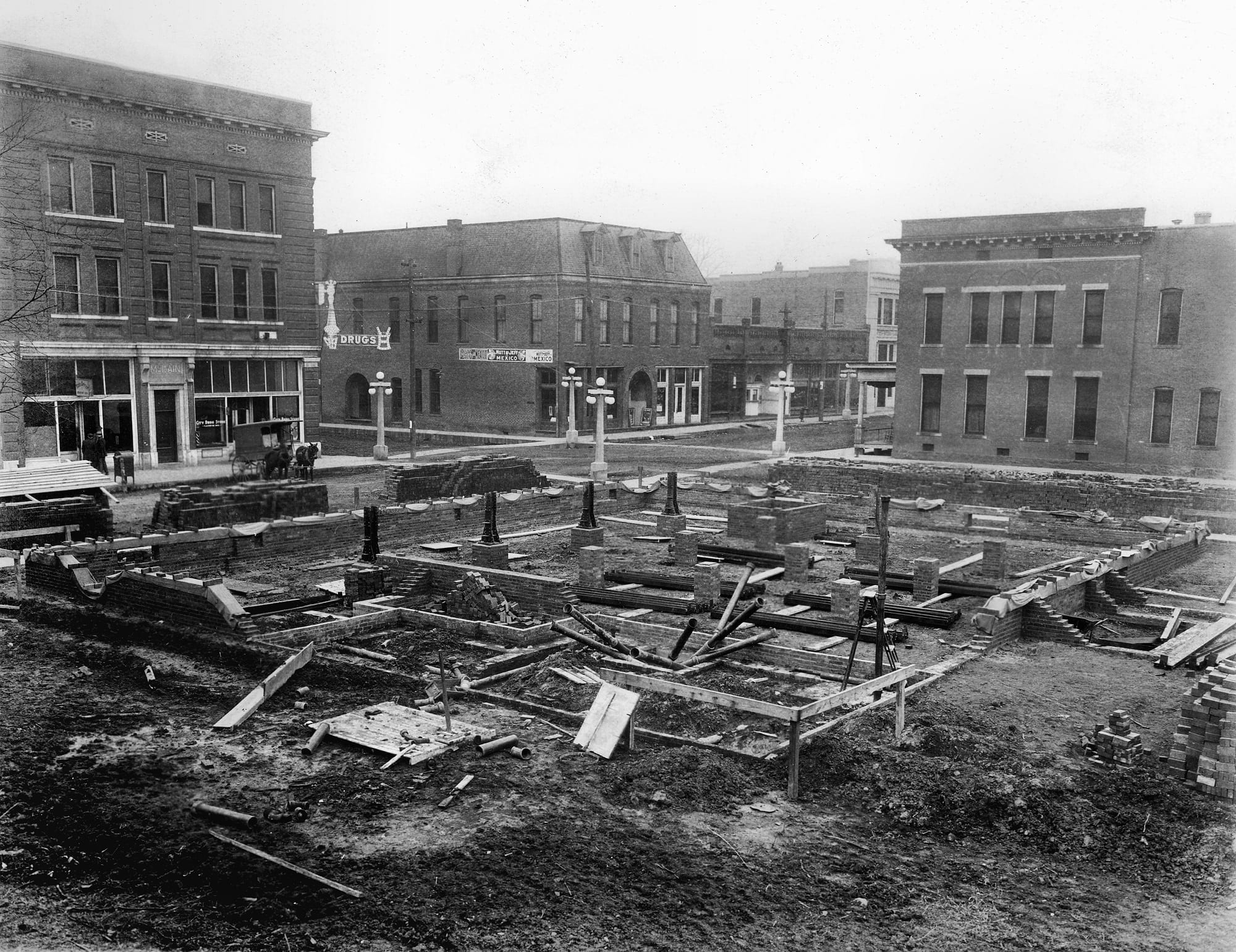 A picture of the new post office under construction also includes on eof the few views of the Newport Opera House.  Built in 1892, it was considered to be the most elegantly furnished opera house north of Little Rock.  On the right across Second Street is the first Hazel Hotel, also built in 1892.  On the left across Hazel Street is the McLain Hotel, later called the Hazel Hotel after the first one burned.