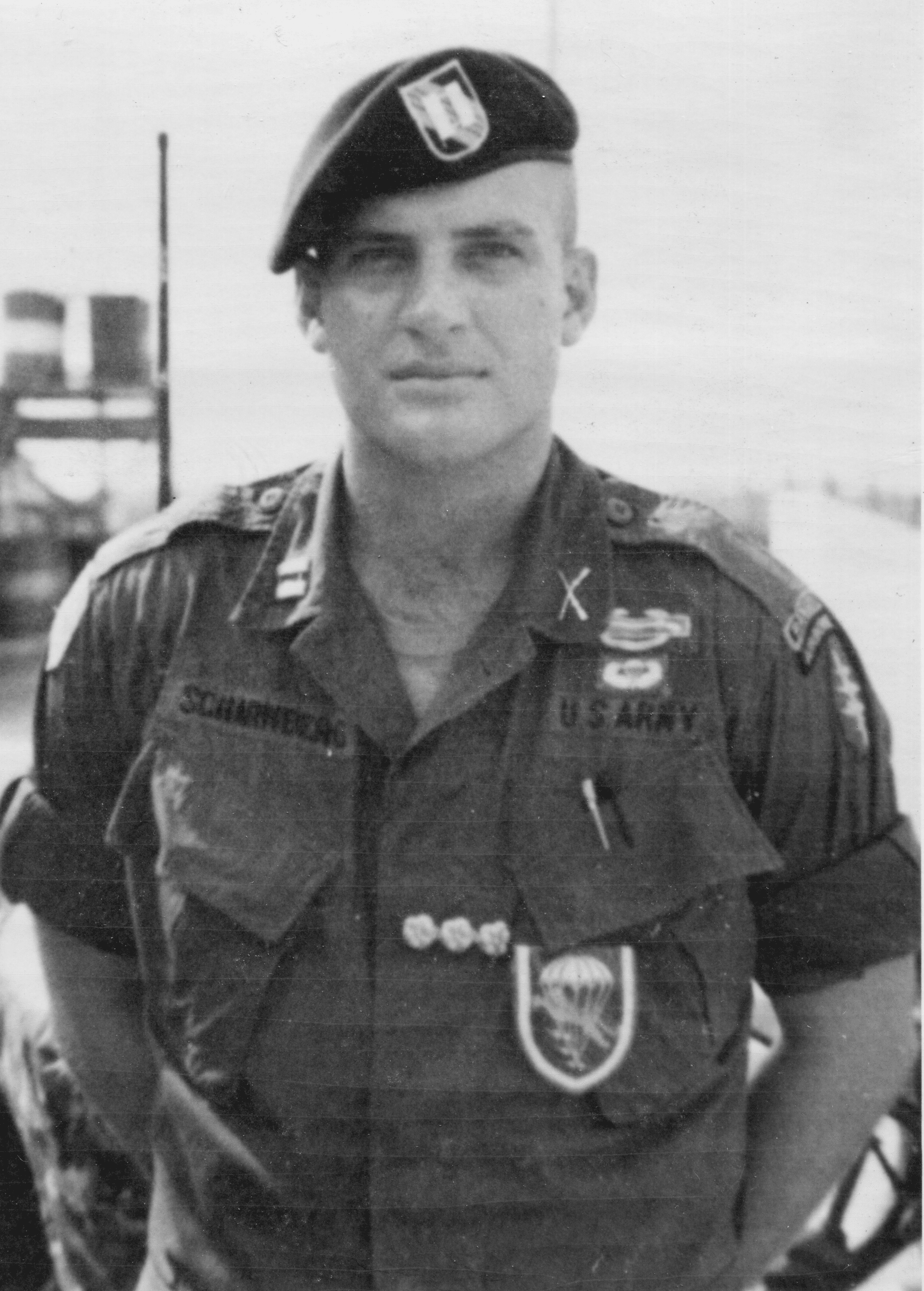 US Army major Ronald Oliver Scharnberg was a Green Beret whose helicopter crashed in March 1971 in Vietnam, killing all aboard. Major Scharnberg of Newport, a career soldier, did his duty for his country. He was killed while serving his third voluntary tour of duty in the Vietnam War. He was the son of Lady Elizabeth Luker. (Courtesy of Tim Watson Sr.)