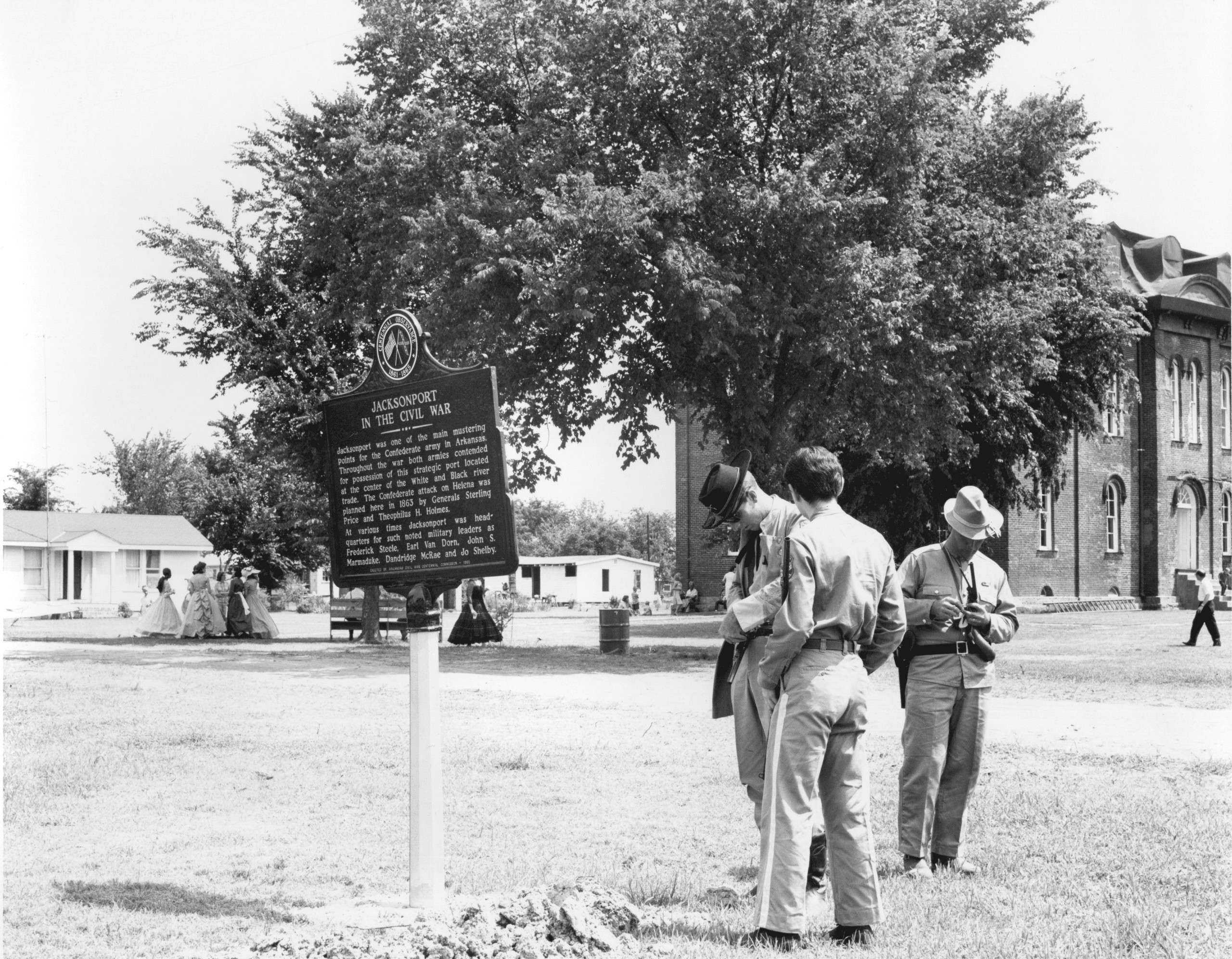 Civil War reenactors soon discovered the state park at Jacksonport as a favored site for their encampments. Jacksonport had been a center of military activity during the Civil War, with its prominent location at the head of deepwater steamboat activity on the White River. The town changed hands several times during the War Between the States. (Courtesy of Farmers Electric.)