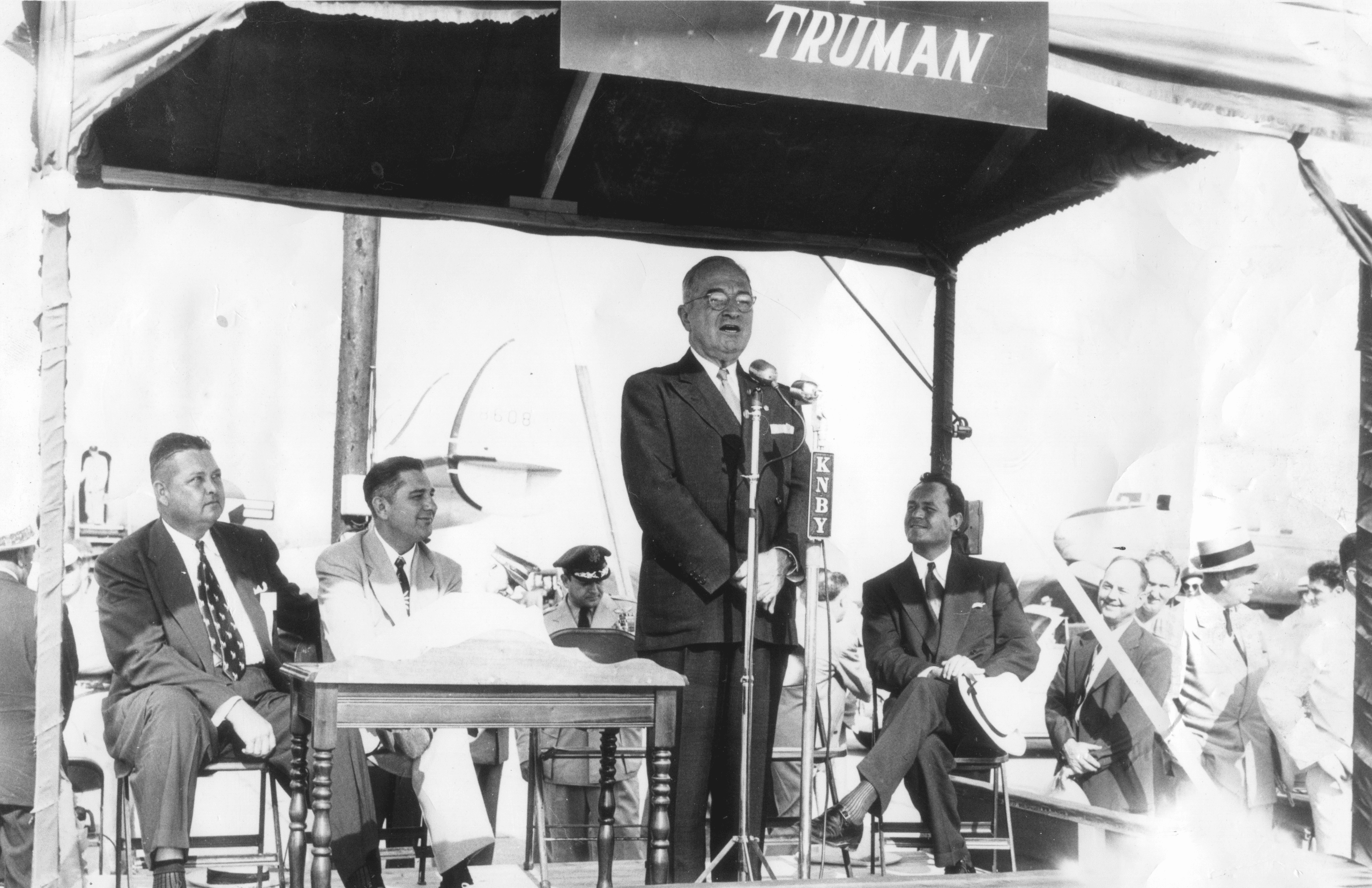 President Harry Truman (speaking) made a stop in Newport in 1952 to campaign for his old friend Sid McMath, who had held Arkansas in the Democratic Party in 1948 when the Dixiecrats bolted and almost cost Truman his election. Sitting on the platform with Truman are, from left to right, Newport Mayor Jud Hout, congressman Wilbur Mills from nearby Kensett, and Governor McMath. (Courtesy of Ann Hout.)