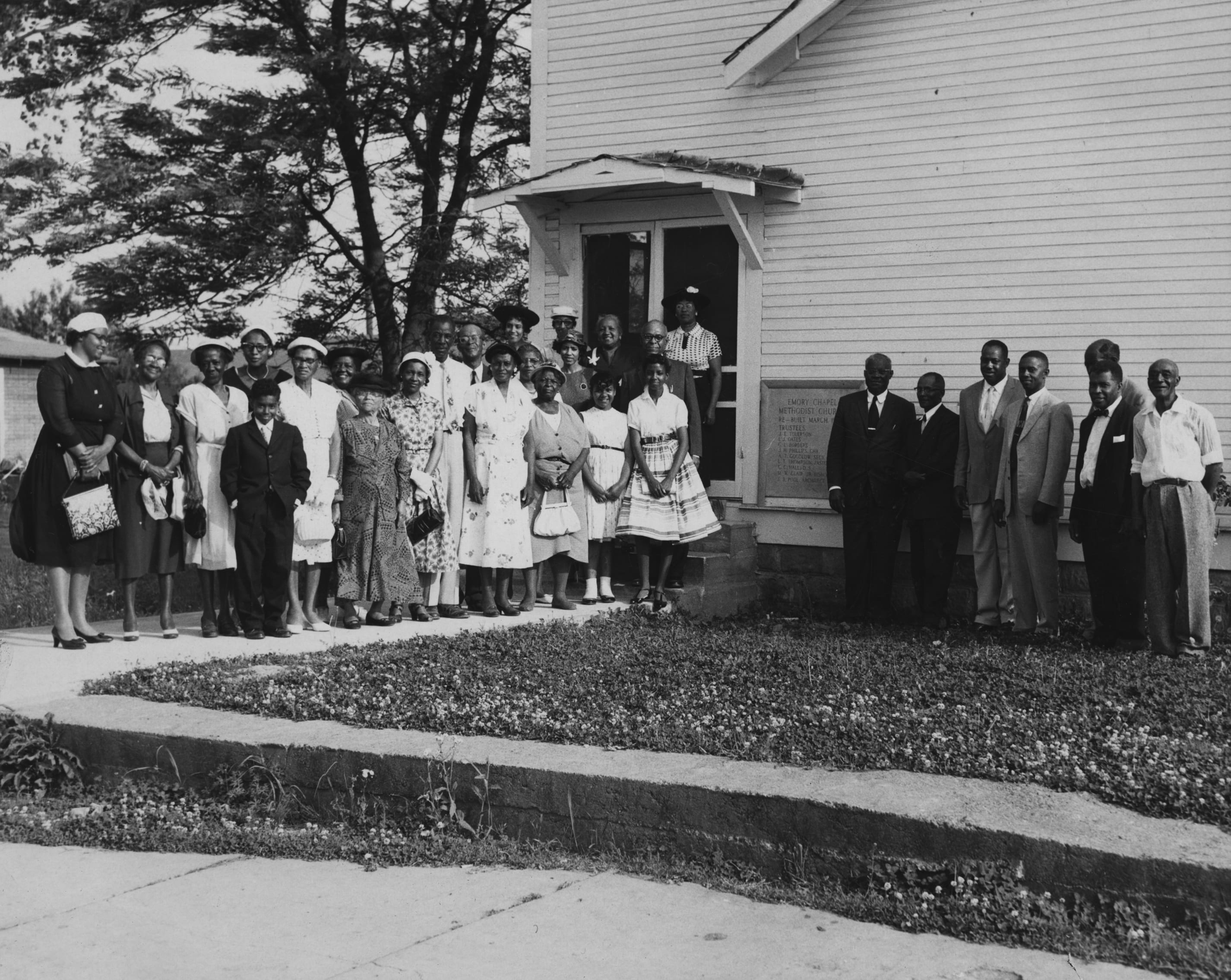 Emory Chapel United Methodist Church in Newport was originally a congregation of the northern Methodist Episcopal Church. Established in 1881, the first church on Front Street was traded in 1897 for a lot on Remmel Avenue, where it is still in operation. The church building was almost destroyed in the 1926 fire, but it was rebuilt. Here, Members of the congregation pose outside their building in 1952. (Courtesy of James Logan Morgan Jr. and the Butler Center.)