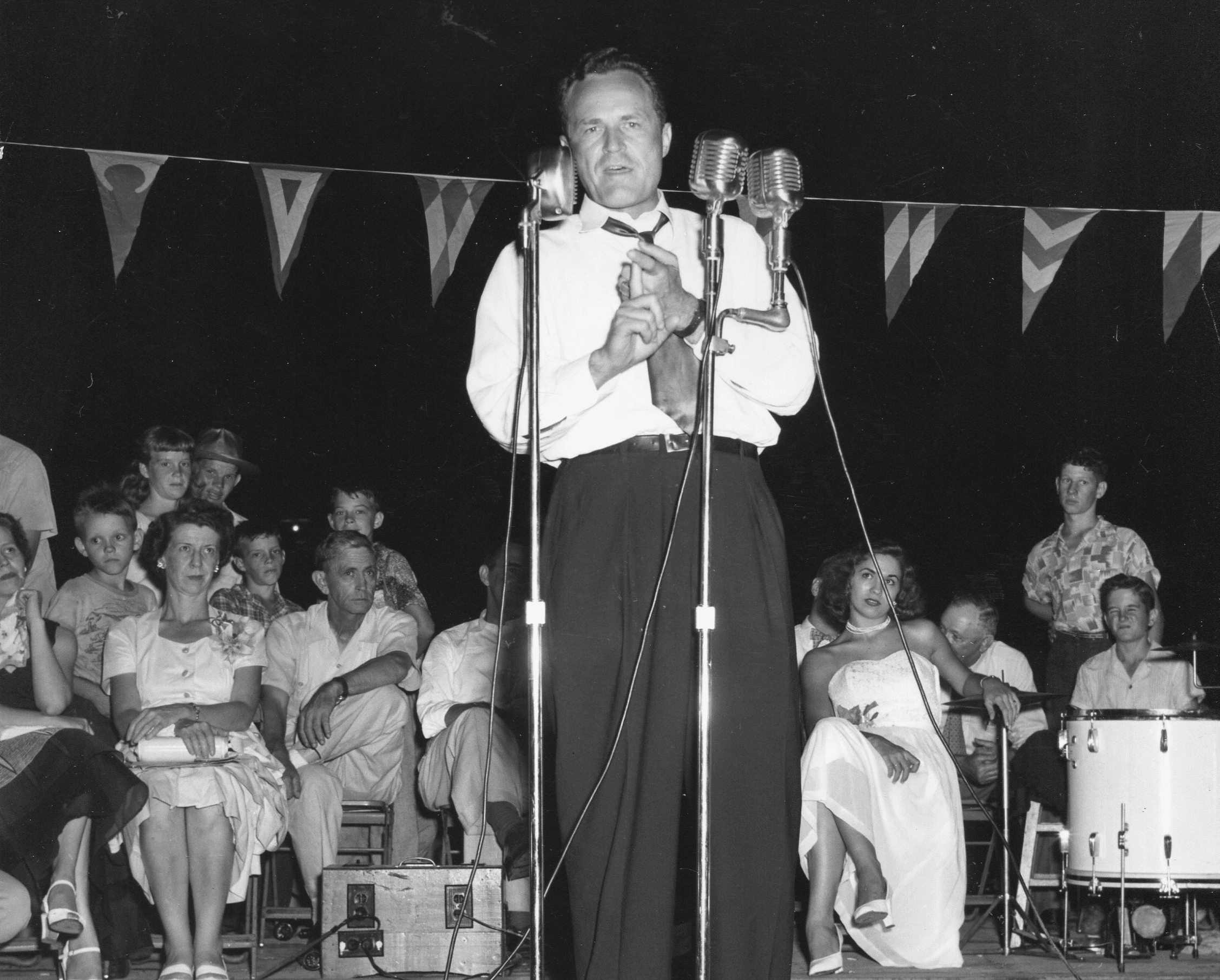 Gov. Sid McMath came to speak at the fifth Farmers Day in 1951, when he was running for reelection. A record crowd of 10,000 people was reported that year. Eleanor Jowers, on the left seems to be less than impressed. Miss Newport Betty Castleberry, on the right, sang as a part of the night’s entertainment. McMath lost the election to Francis Cherry, from Jonesboro. (Courtesy of Henry Boyce.)