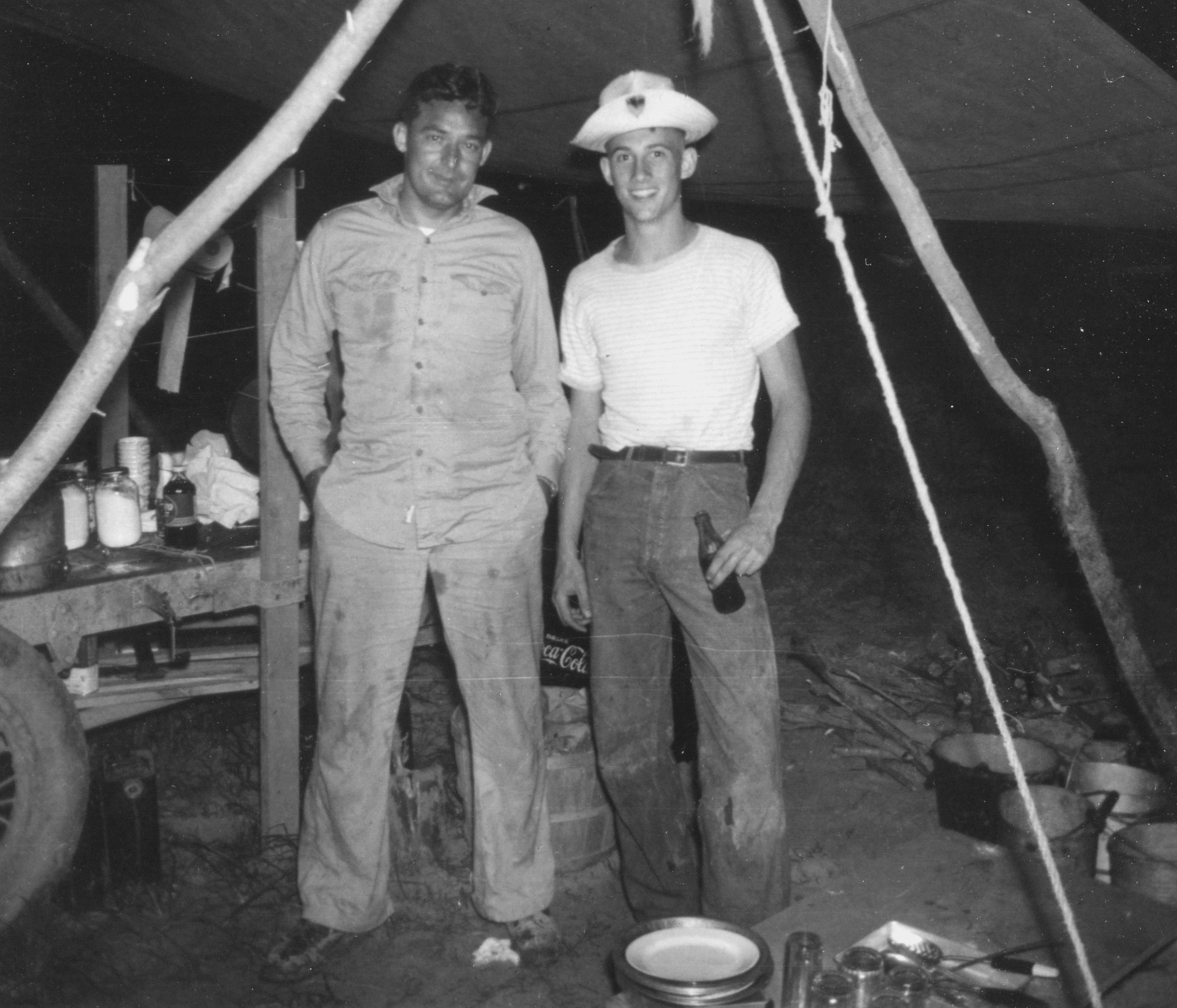 A 15-year-old John Minor (right) stands with his pal Sam Walton at a nearby fishing camp. Walton was manager of Newport’s Ben Franklin Store, and he soon became president of the chamber of commerce and a community leader. Unfortunately, Walton was not able to renew his lease when it expired, and as a consequence, he left Newport and moved to Bentonville, Arkansas, where he later founded Wal-Mart Stores, Inc. Newport lost the opportunity to become the world headquarters. (Courtesy of John Minor.)