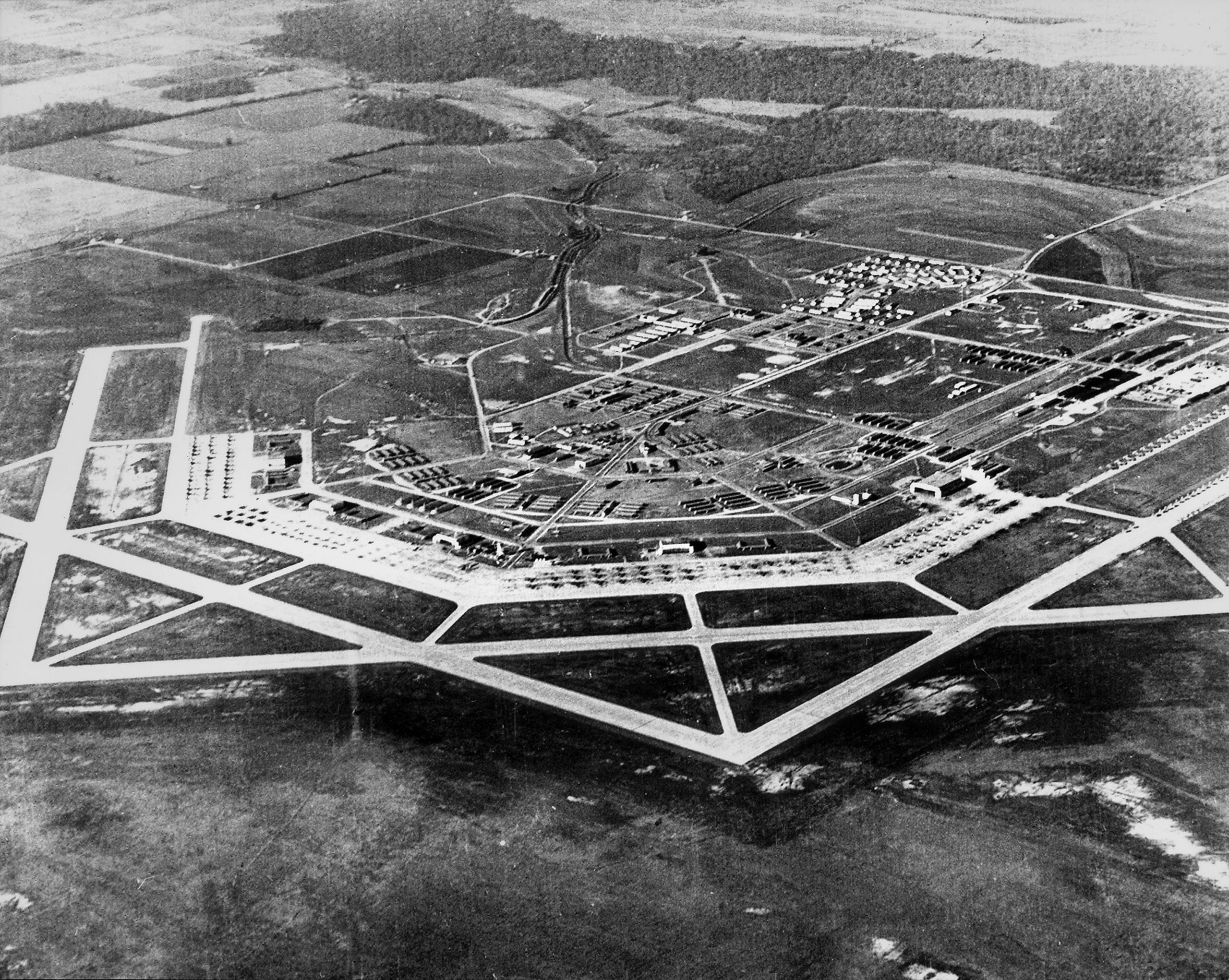 In November 1942, the Newport Army Airfield sprang into existence after only one year of intensive effort to clear rice fields and marshes, build barracks and training centers, and recruit potential pilots from all branches of the military services to participate in air combat during World War II. The airfield became another bonanza for Newport’s thriving economy. (Courtesy of Robert Craig.)