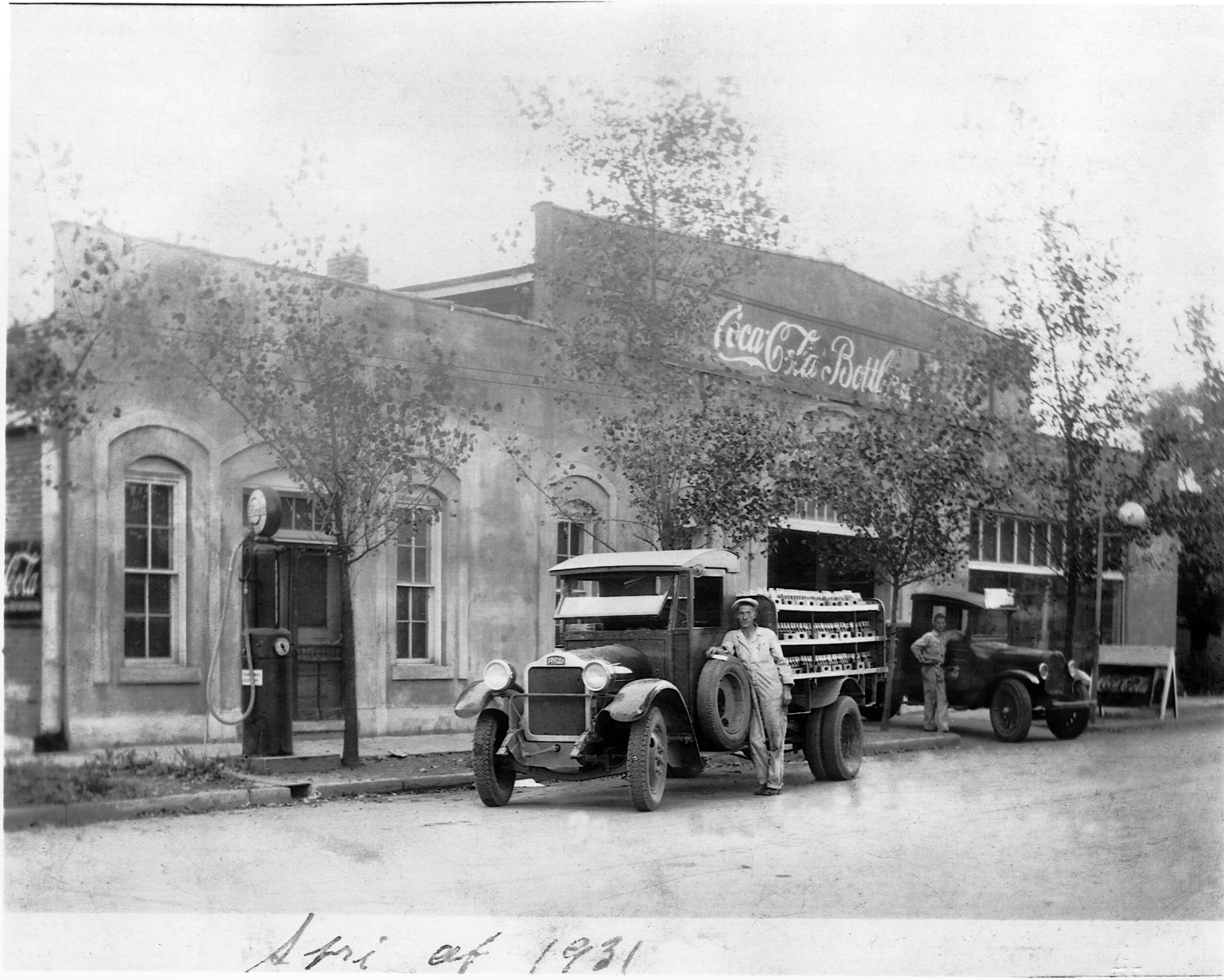 Newport’s Coca-Cola Bottling Co. plant delivered cases of Cokes to stores all over the county. In April 1931, Dewitt Scraggs and John Robinette pose for an informal portrait. Scraggs, in the driveway, had the in-city route; Robinette, by the truck in the street, had the county route. This building was located in the 200 block of Beech Street in downtown Newport.