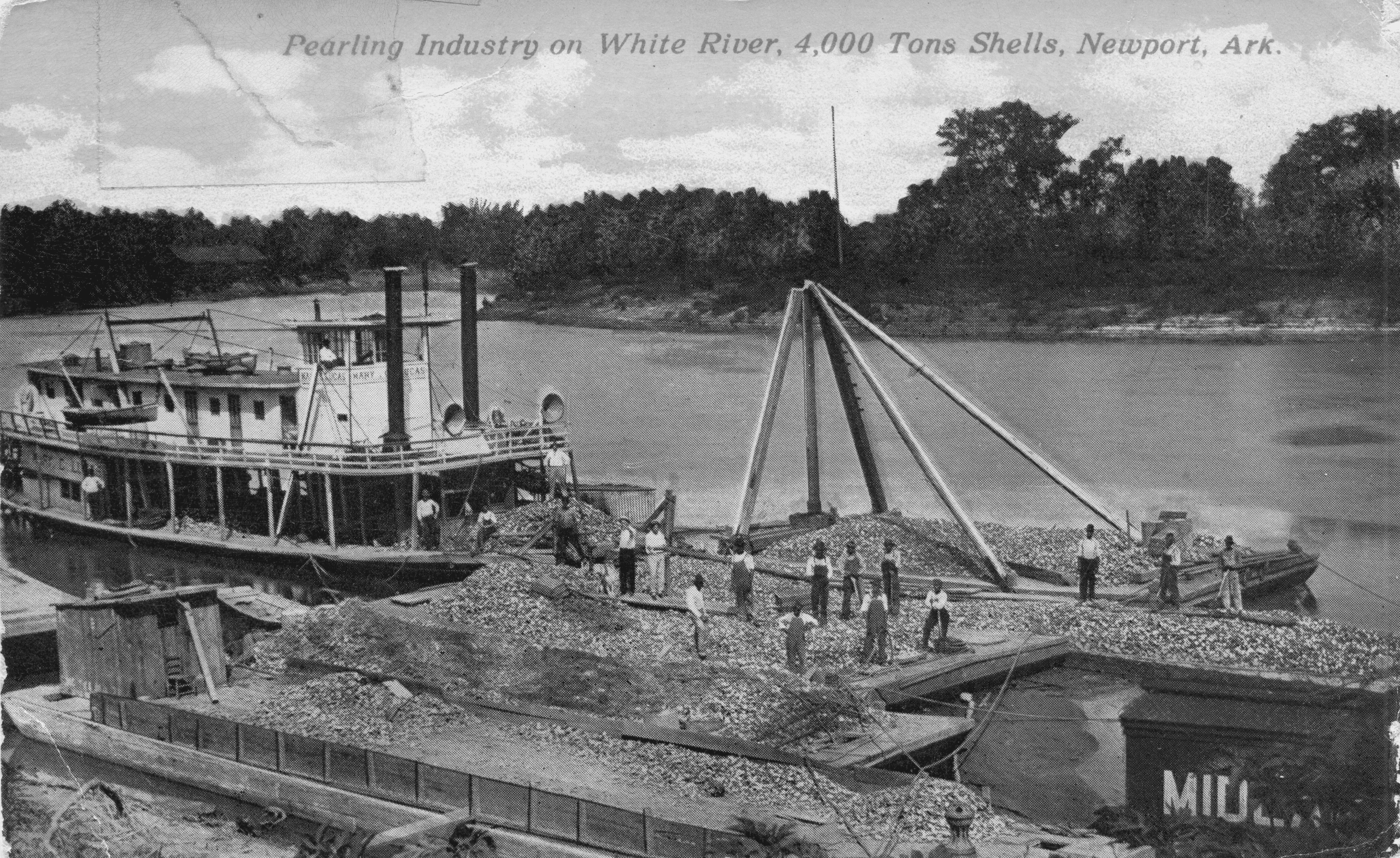 Newport had discovered a new source of wealth in the early 1900’s. Beautiful irregular freshwater pearls from the White River became a national and international sensation, bringing new riches to those who had the technology and the tenacity to harvest them. After being steamed open, the mussel shells were either sold to the button factories or crushed to be used in paving Newport’s streets. (Courtesy of Robert Craig.)