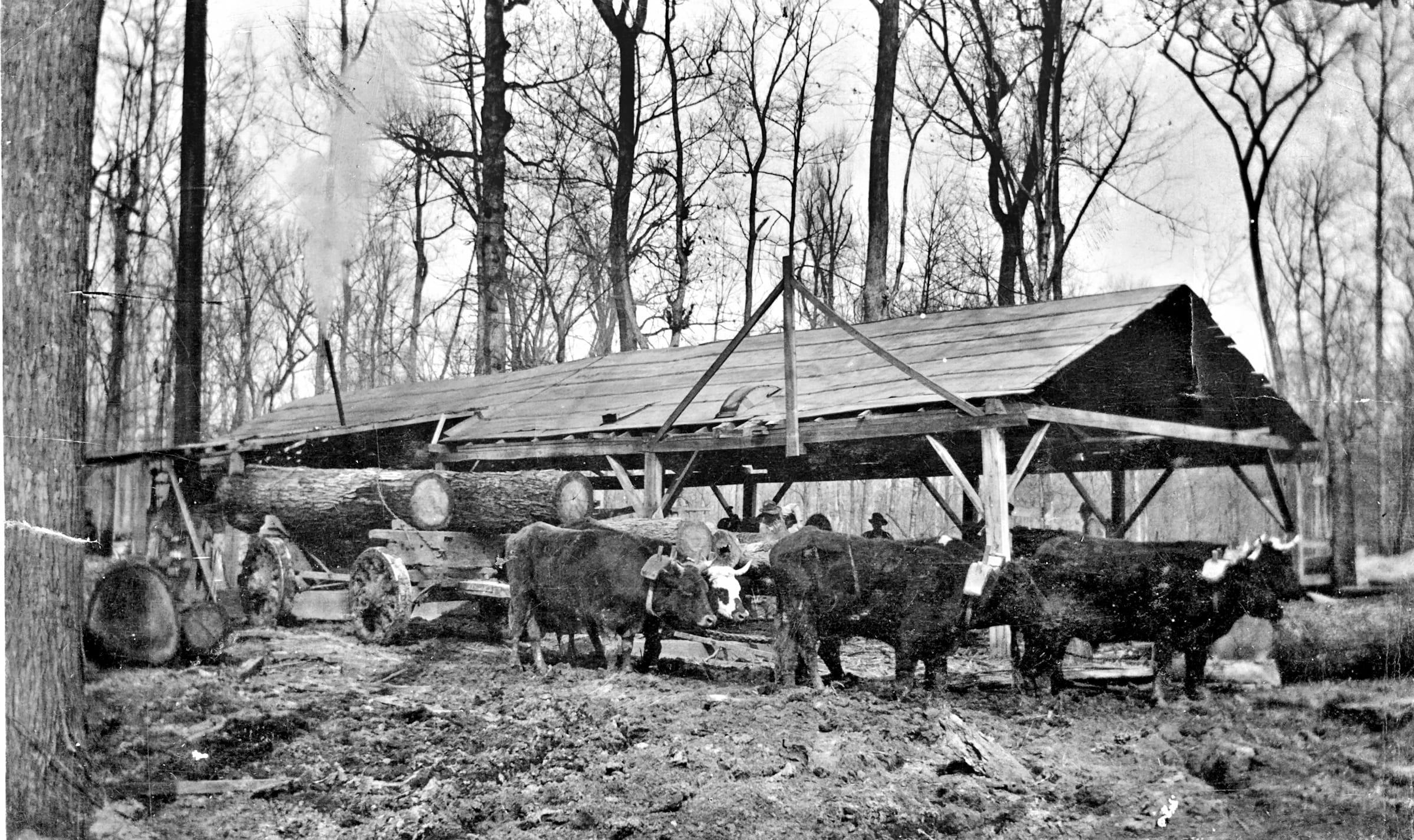 Oxen were often used to pull the heaviest loads, especially in muddy conditions, which were frequent since much of the land being cleared was along the river, and the river usually overflowed it’s banks twice a year, contributing to the outstanding fertility of the land.  This 1924 scene shows large logs being hauled into Bob Logan’s mill in Newport.