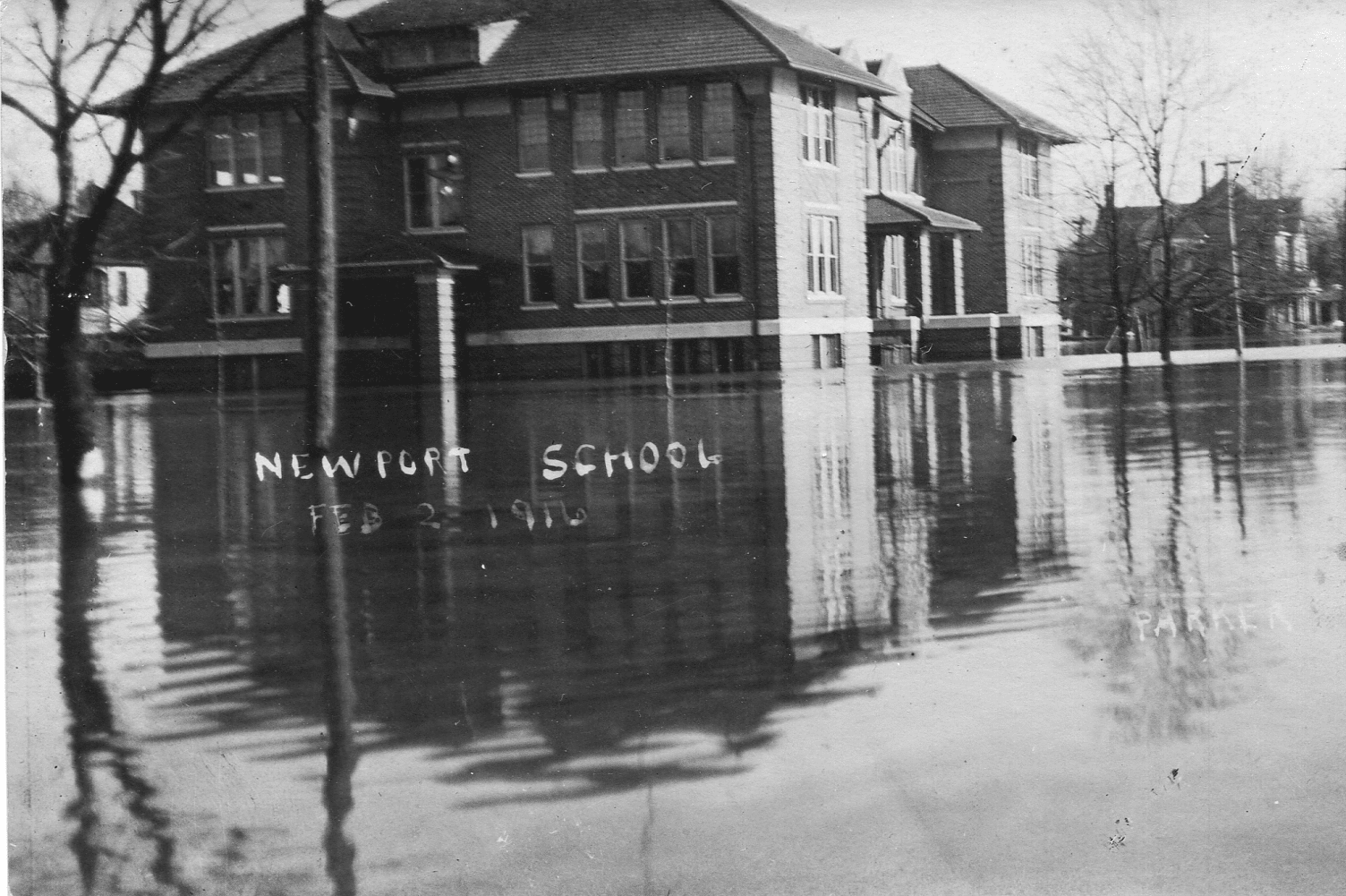 The river flooded in February 916, emptying the new Walnut Street School, undoubtedly to the delight of the children.  Within a year, the City of Newport began in earnest to raise the existing low levees. But it was not until the late 1930’s, after two more such endeavors, that the flooding of Newport was stopped.