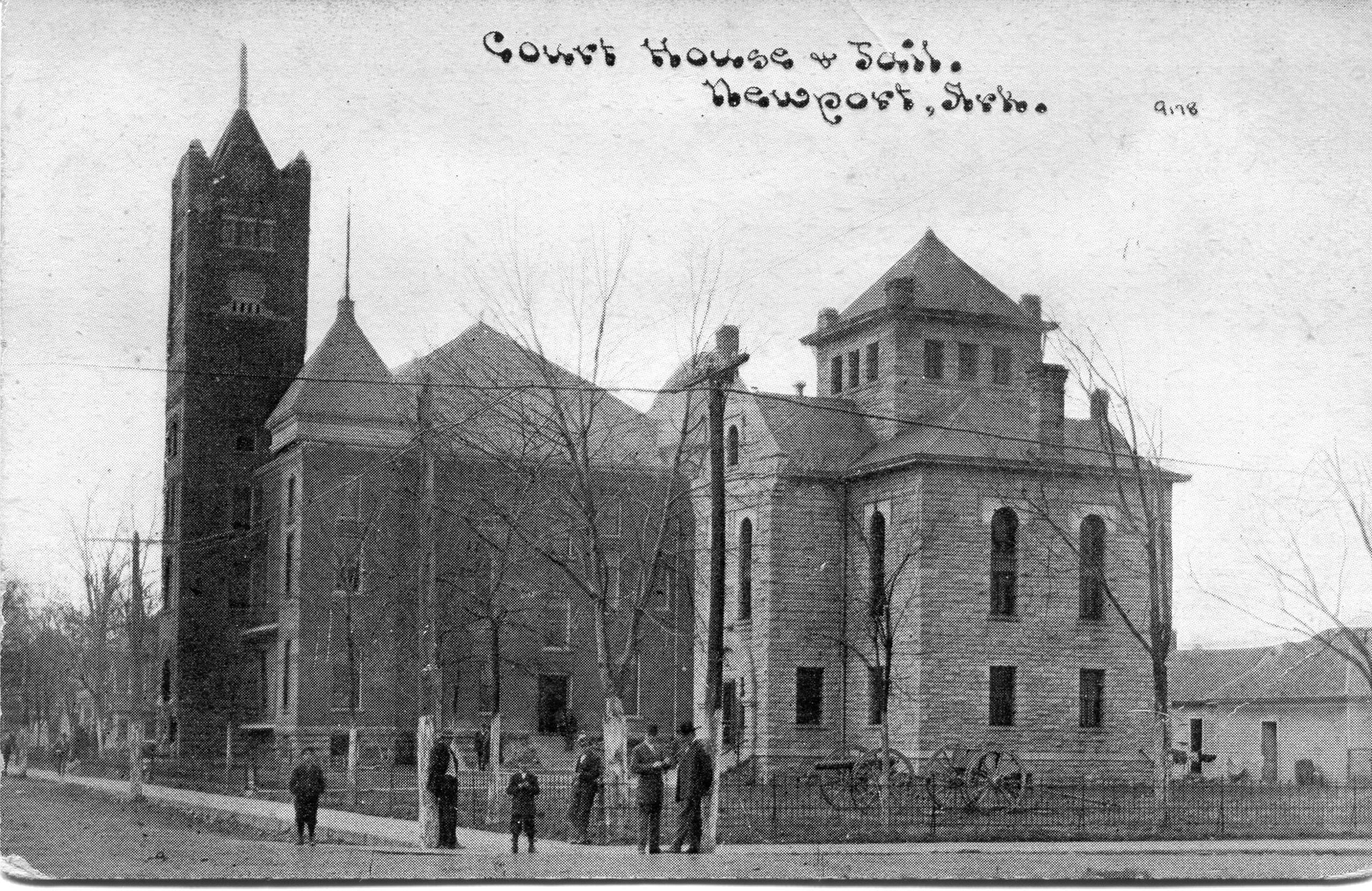 This postcard shows the back side of the courthouse and the adjacent jail.  Inside the jail was an apparatus for hanging convicted criminals, though the Olyphant train robbers had been hanged on a makeshift gallows outside.  The Civil War cannons that sat on the grounds beside the jail were moved to Jacksonport in the 1960’s when the old courthouse was restored, as was the Civil War monument.

From the Robert Craig Collection