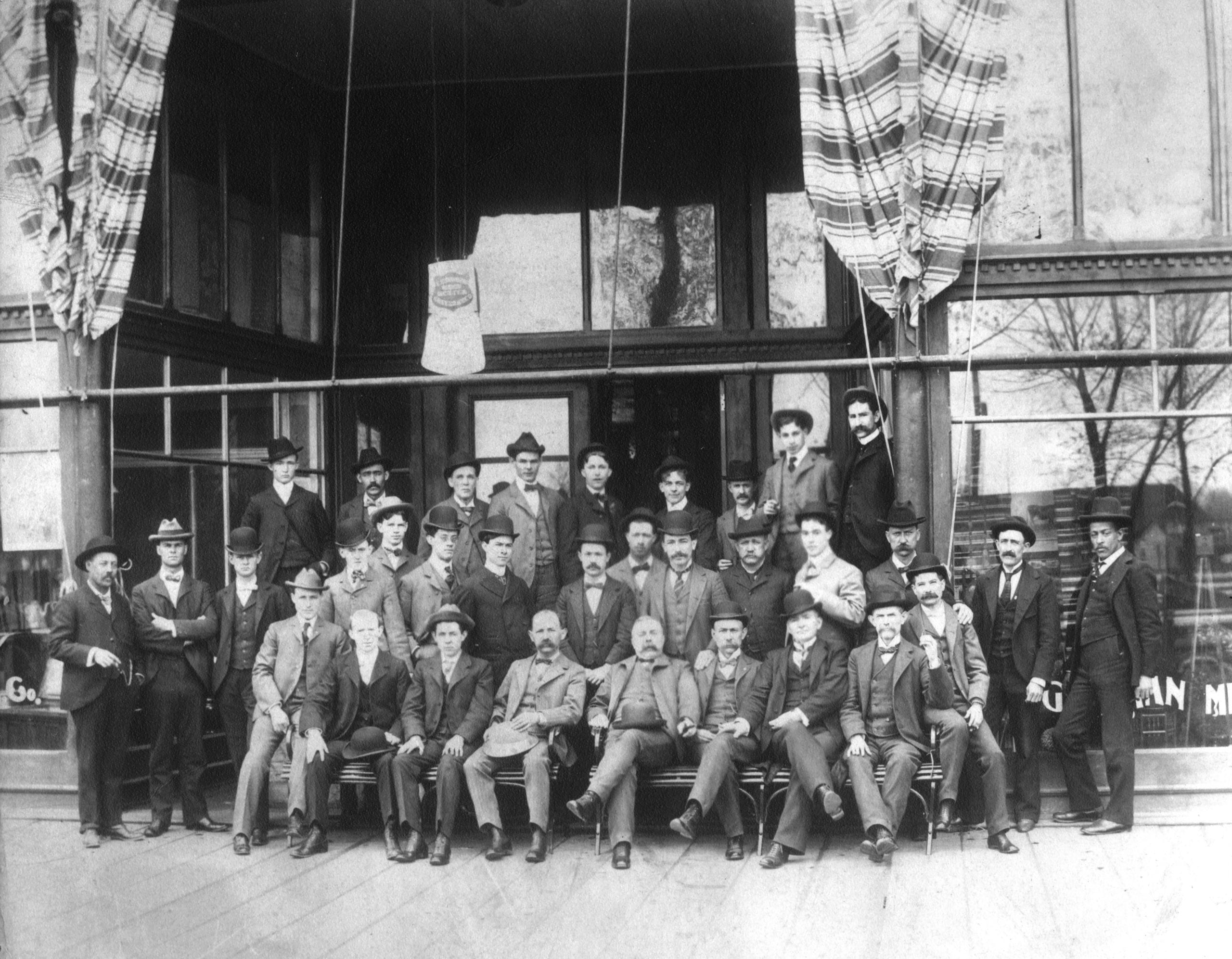 The employees of the Wolff Goldman department store pose outside their newly renovated and expanded operation in 1909.  Arkansas’s leading architect, Charles L. Thompson, designed the new building at the corner of Hazel and Front Streets.  Sigmund Wolff and Isaac Goldman operated several businesses in Newport between 1880 and 1927, becoming large landowners of farm and city property and dealing in stocks and bonds.  They were instrumental in organizing the First National Bank of Newport in 1892.