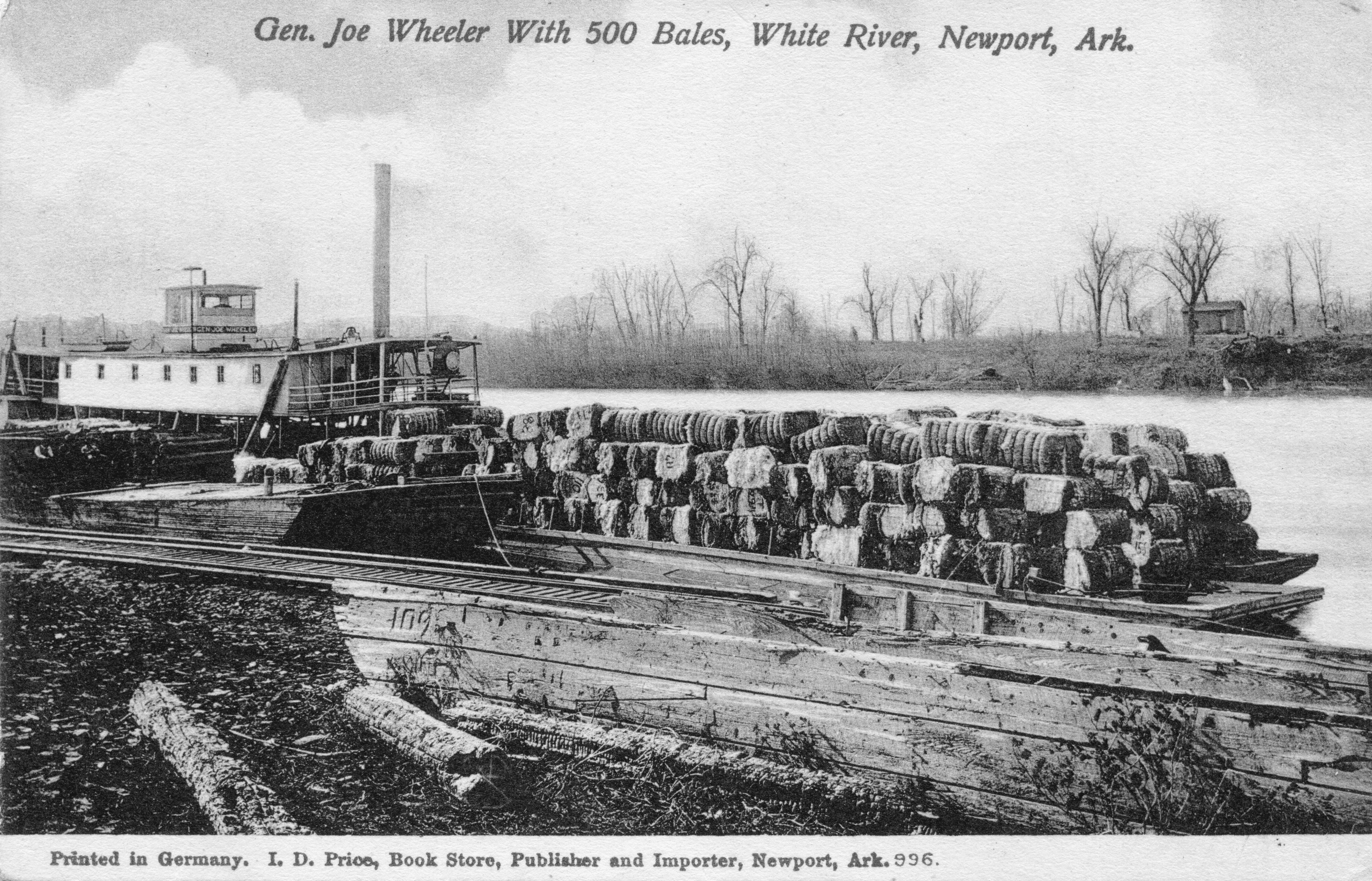 The steamer General Joe Wheeler ran on the White and Black Rivers and is shown at Newport in 1904, loaded with 500 bales of cotton.  Built in 1899, the boat was owned by Capt. W.A. “Billy” Joyce and Capt. Tom Stallings of Newport when this photograph was made.  A big rise tore the boat loose from its moorings in January 1906, and it was wrecked about half a mile below Newport.