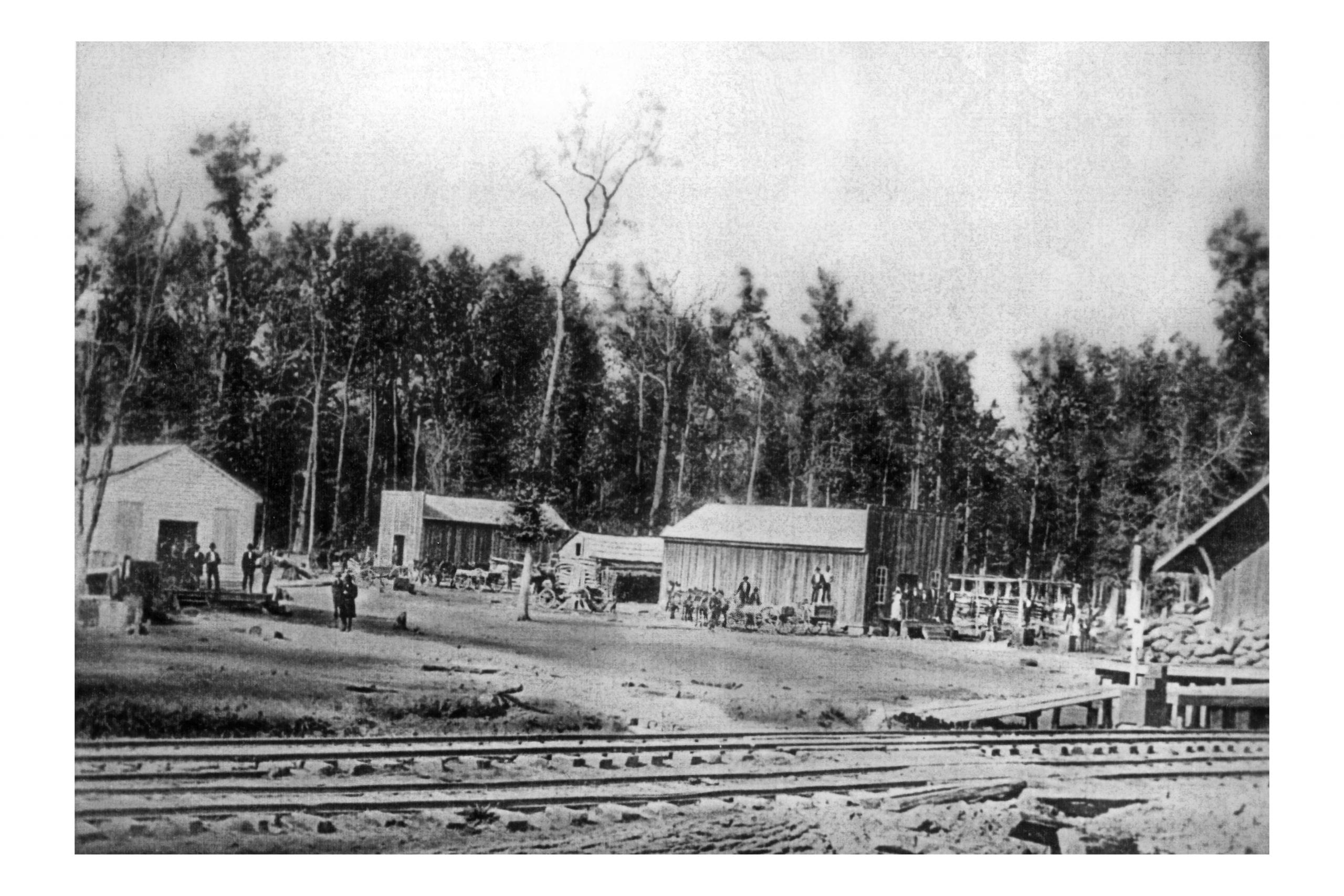 Tuckerman lies 10 miles north of Newport, and it derived much of its early wealth from the timber industry as well as the production of  cotton.  Here, a lumberyard stands close to the railroad tracks since Tuckerman is not situated on the river.  This photograph was taken about 1900.  The railroad is the St. Louis, Iron Mountain, and Southern, to become the Missouri Pacific in 1917 and later the Union Pacific.