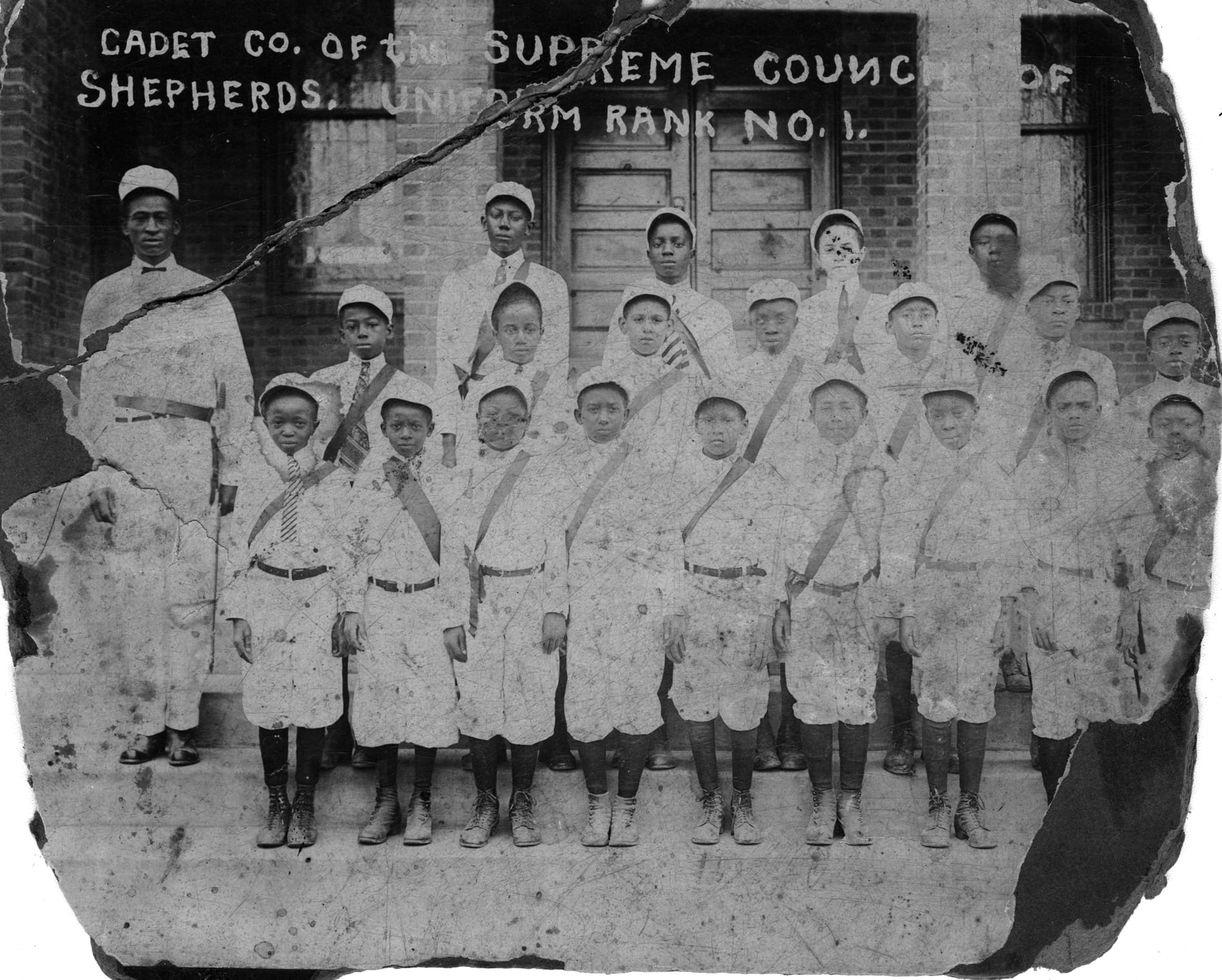 The cadet company of the Supreme Council of Shepherds, Uniform Rank No. 1 was an organization for the benefit of African American youngsters, apparently in Newport.  This photograph from the early 1900’s captures the pride that these young men felt in their recognition, uniforms, and achievement.

Courtesy of James Logan Morgan, Jr. and the Butler