1900’s – Benevolent and Protective Order of the Elks 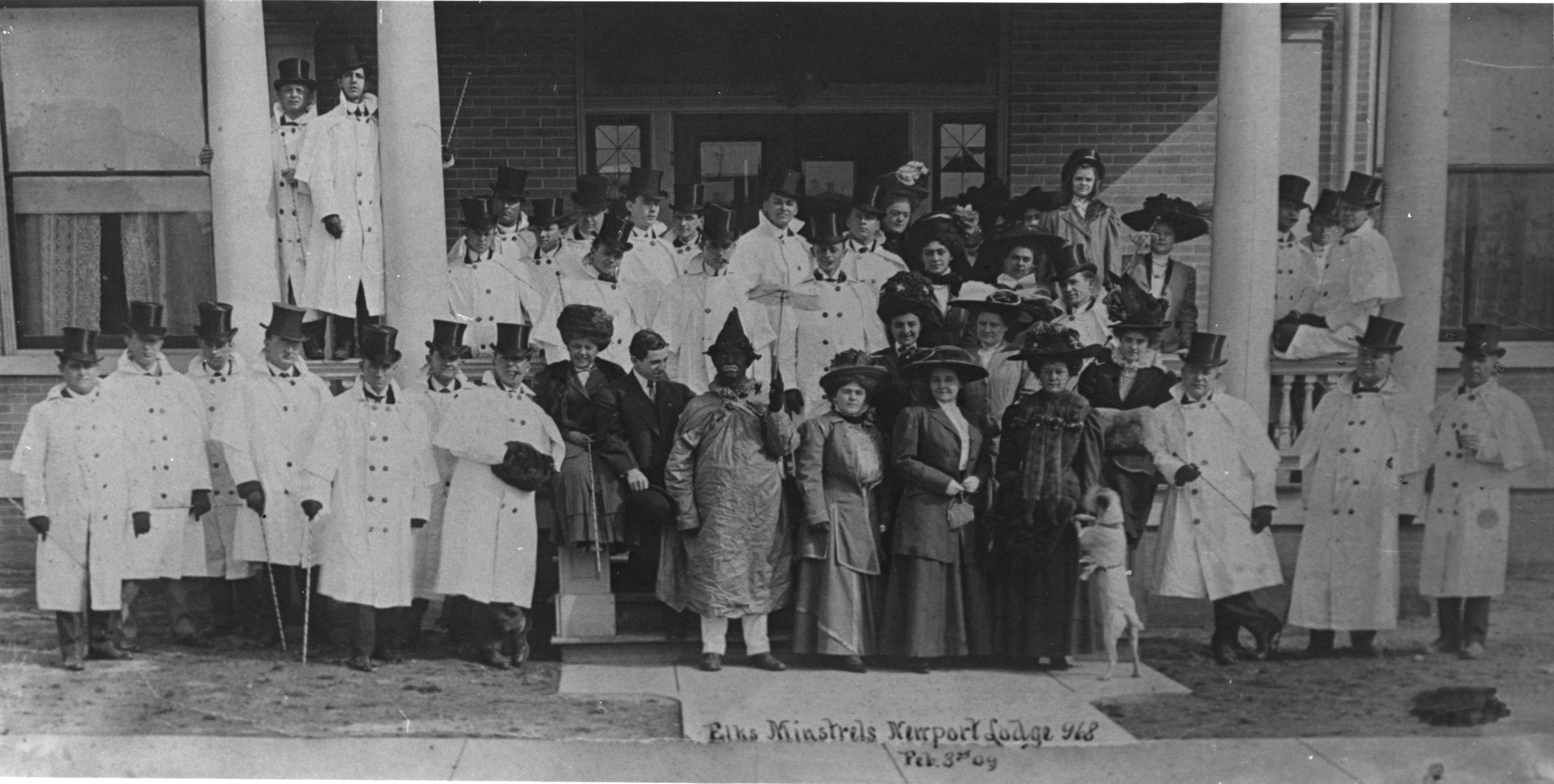 The Benevolent and Protective Order of Elks had a lodge in Newport at the turn of the 20th century, a popular social outlet for many of the town’s white men.  The Newport lodge held annual minstrel shows as a fundraiser for the organization, and whole families participated in the fun.   The man in blackface was a standard component of most minstrel shows in Newport and elsewhere.

Courtesy of James Logan Morgan Jr. and the Butler Center