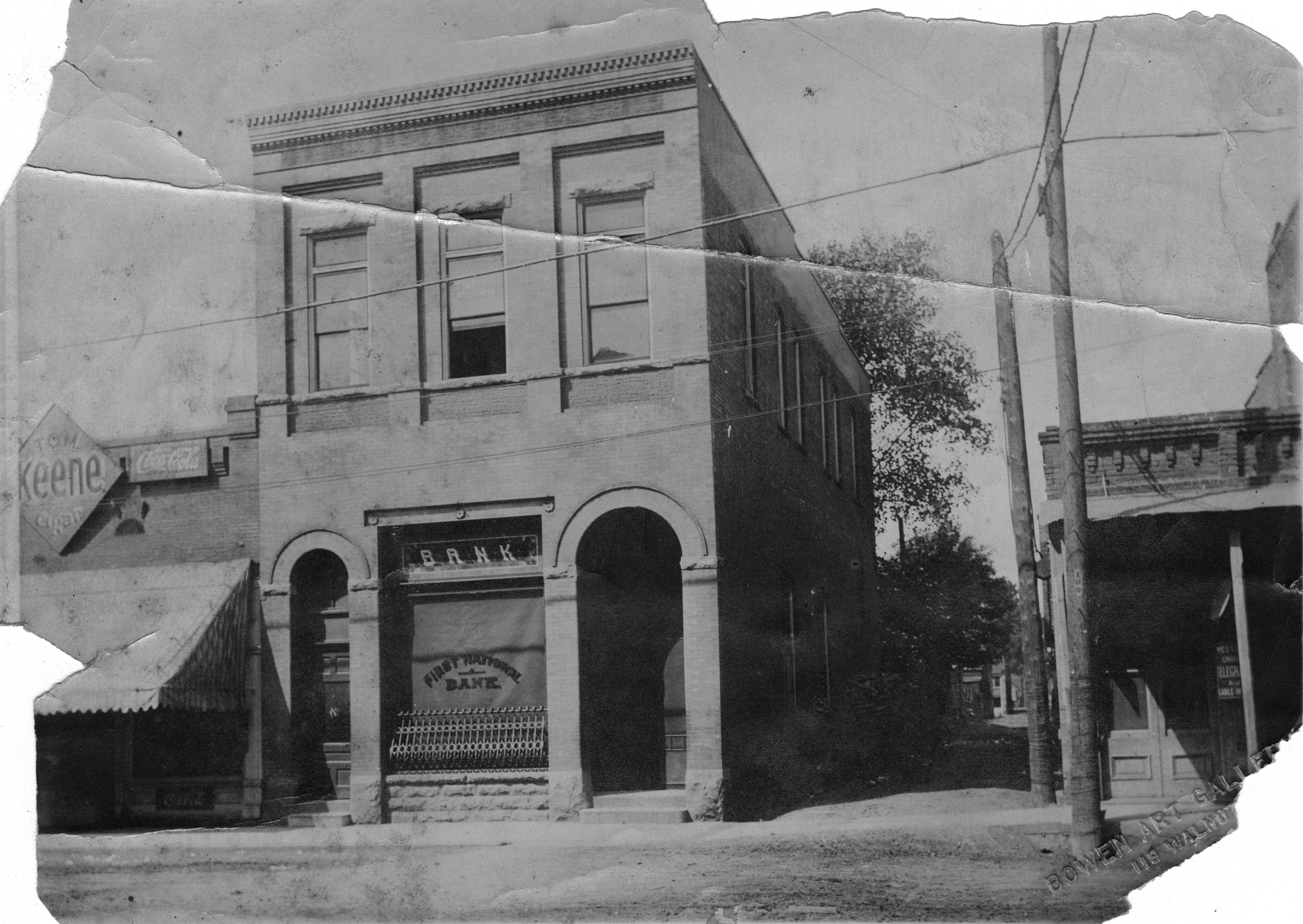 This building originated in 1896 as the Jackson County Savings Bank and later became the First National Bank.  The Newport Club occupied the second floor, and an N is discernable in this photograph on the entrance to the left of the bank window.  The bank stood at 113-115 Hazel Street.