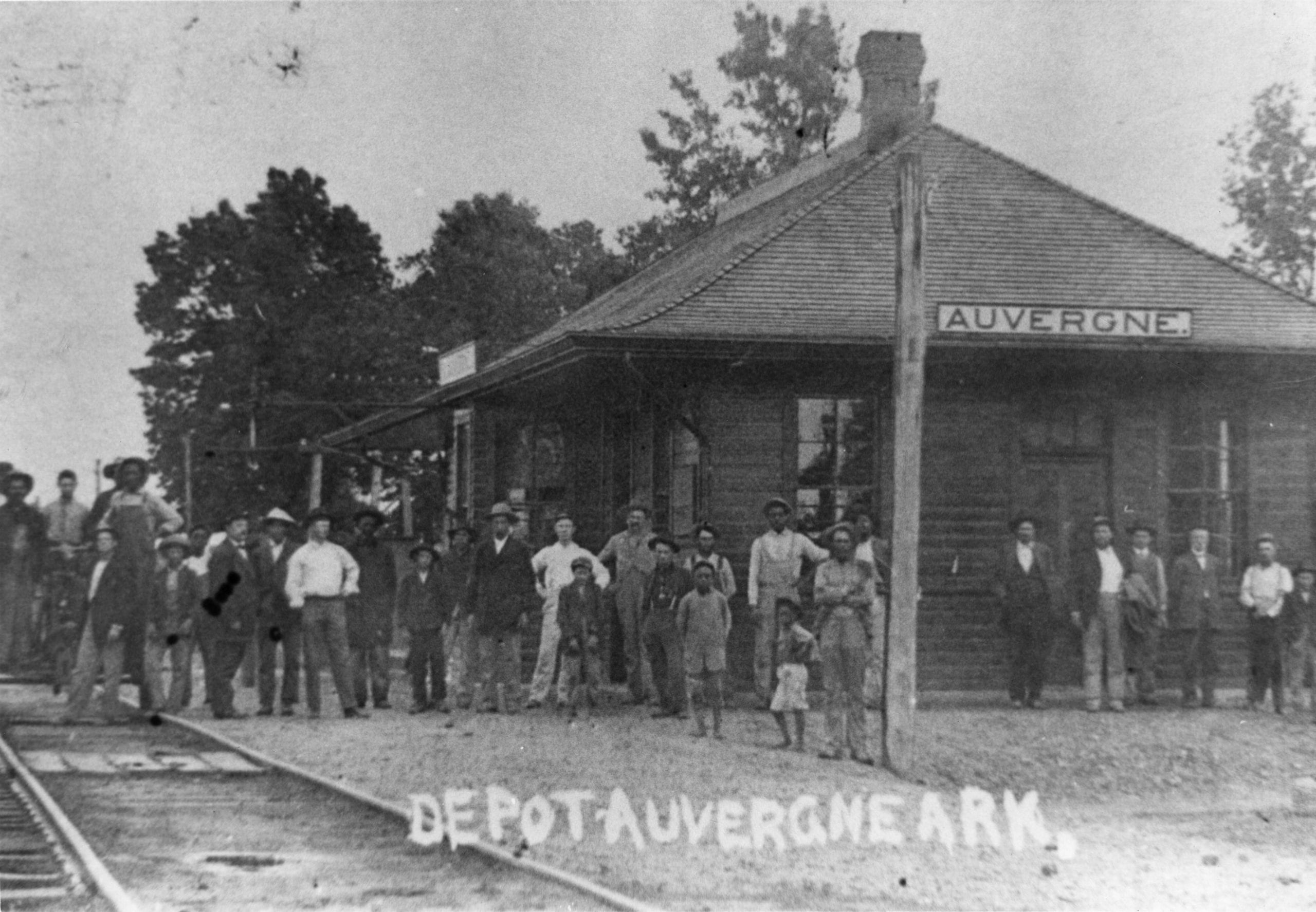 the Batesville and Brinkley depot at Auvergne was built in 1884 but blew away in the tornado of 1892.  The tracks of the B&B which were laid from Brinkley north, reached Newport around 1890.  Because of opposition from the Iron Mountain Railway, the B&B never reached Batesville.  The Chicago Rock Island, and Pacific Railroad Company leased the tracks in 1904, and it came to be called the Rock Island Line.