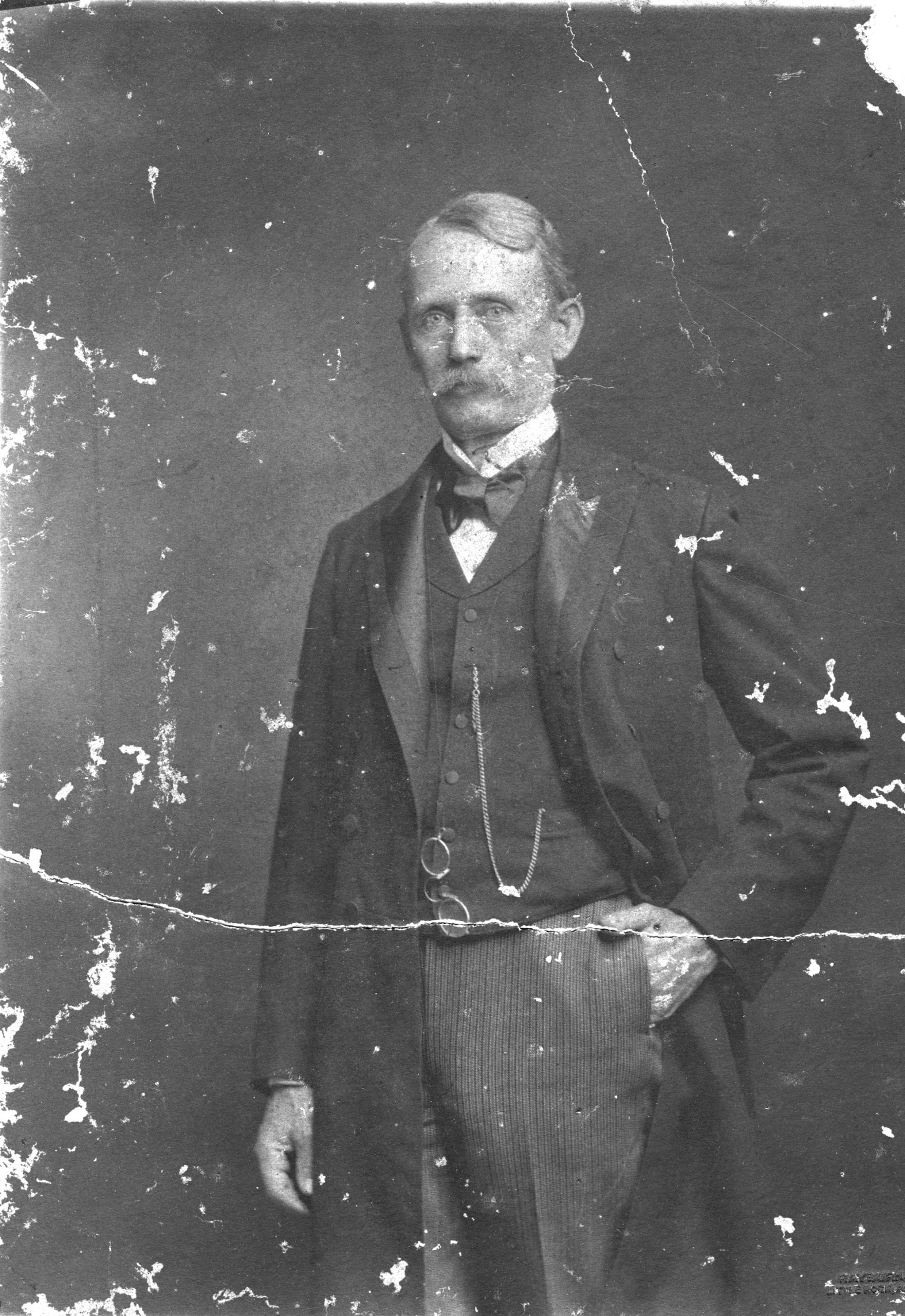 Harmon Liveright Remmel (1859-1927) and his brother Augustus had learned the lumber business in Indiana before moving to Arkansas.  In 1896, Harmon left the lumber business and moved to Little Rock, where he quickly became an important force in Republican Party politics, banking, civic affairs and the state militia.  Remmel was 31 at the time of this photograph.