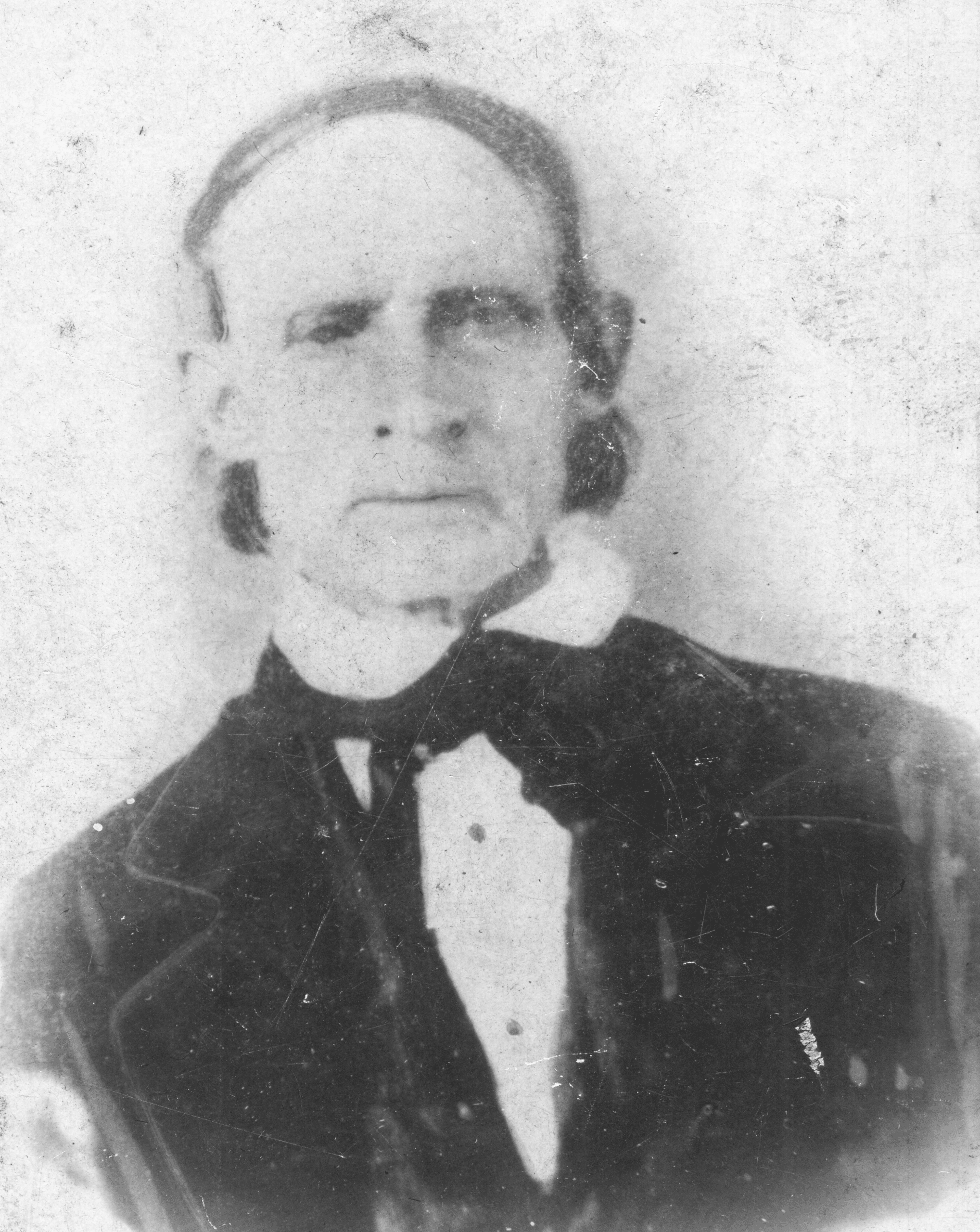 Judge John Robinson (1748-1832) came to Jackson County from Kentucky in 1831, leading a party of 200 people, each of whom received 1,000 acres of land purchased for $1 per acre.  Robinson and his wife had five sons.  His sister married his wife’s brother, and they had five daughters.  The five sons married the five daughters and these six couples became the progenitors of much of the future leadership of Jackson County.  (Courtesy of C. Phillip McDonald)