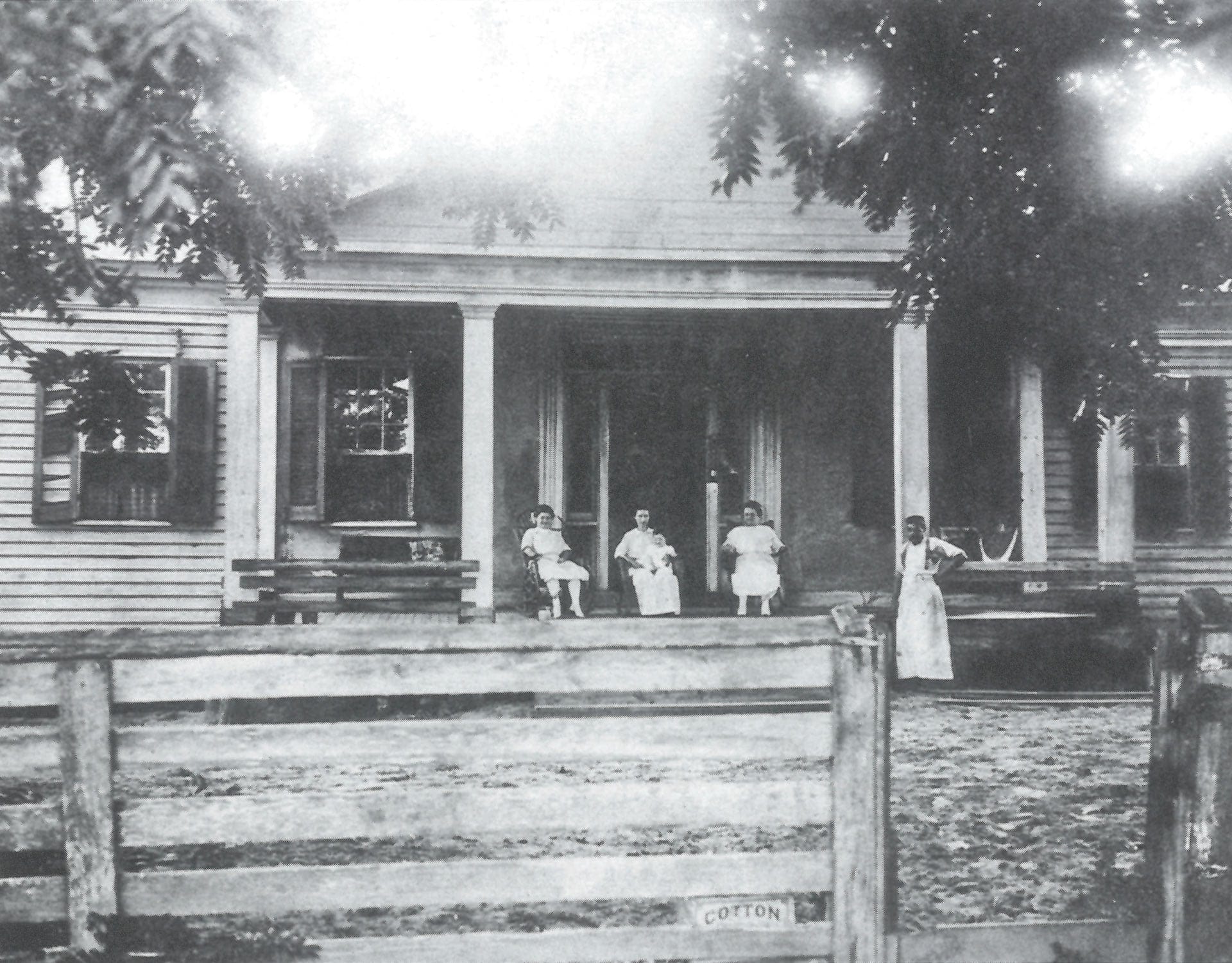 The Williams-Harper House was built in 1835 with slave labor, and as of this writing (2018) it is the oldest extant structure in Jackson County.  Located several miles north of the later town of Jacksonport, it was the seat of the Williams Plantation.  The Harper family later bought this home, and the baby in this photograph (captured in 1912 or 1913) could be Reuben Harper, father of the later county judge Reuben “Buzz” Harper.