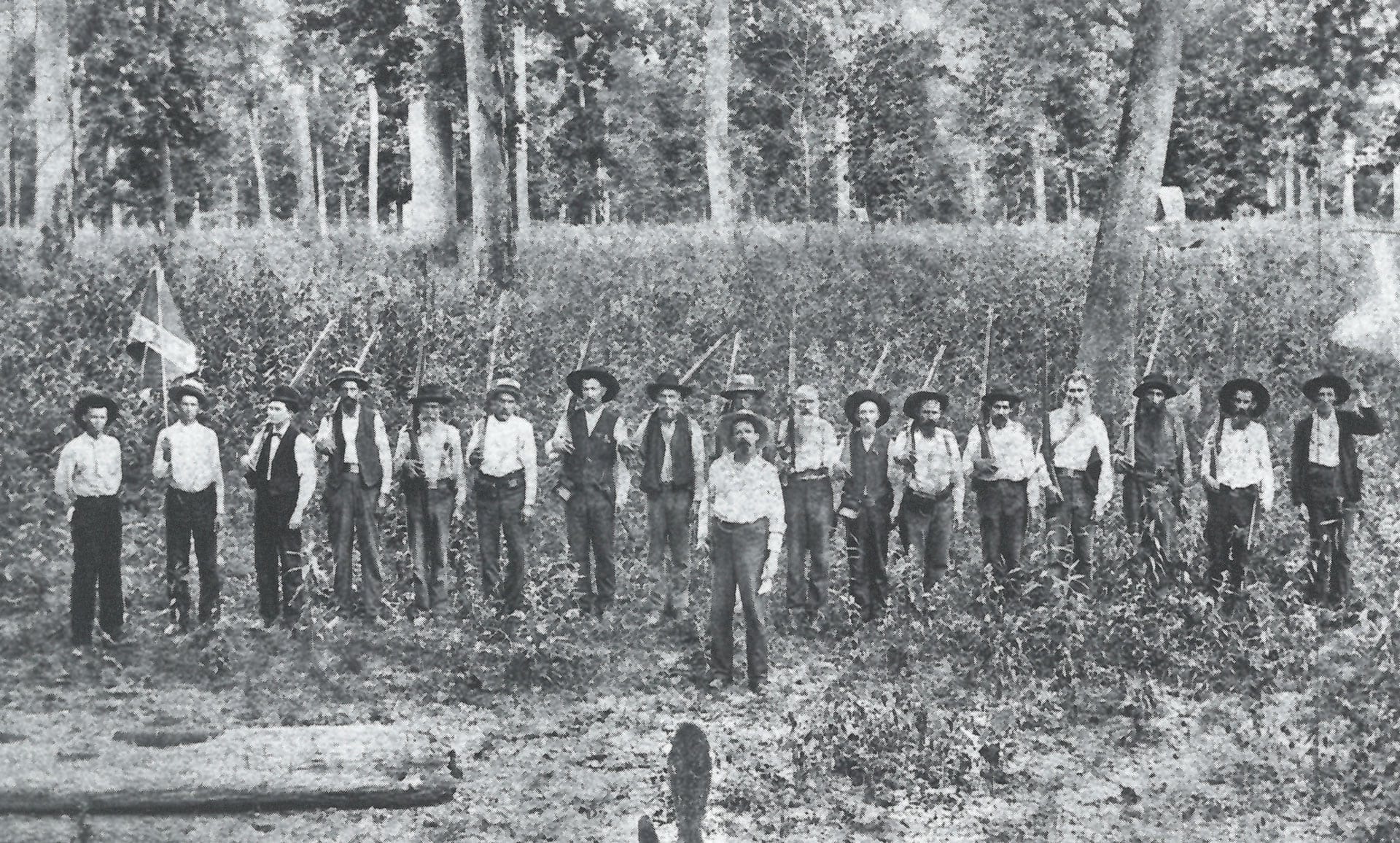 In 1898, the sixth Confederate reunion was held at the site of the old town of Elizabeth, which had been a thriving river port on the White River and the seat of Jackson County in the 1840’s.  The reunions were held at Camp Pat Cleburne, named for the Confederate General  from Arkansas.  Most of the old soldiers present were veterans of the Jackson Guards, a Confederate company raised in Jacksonport in May 1861.