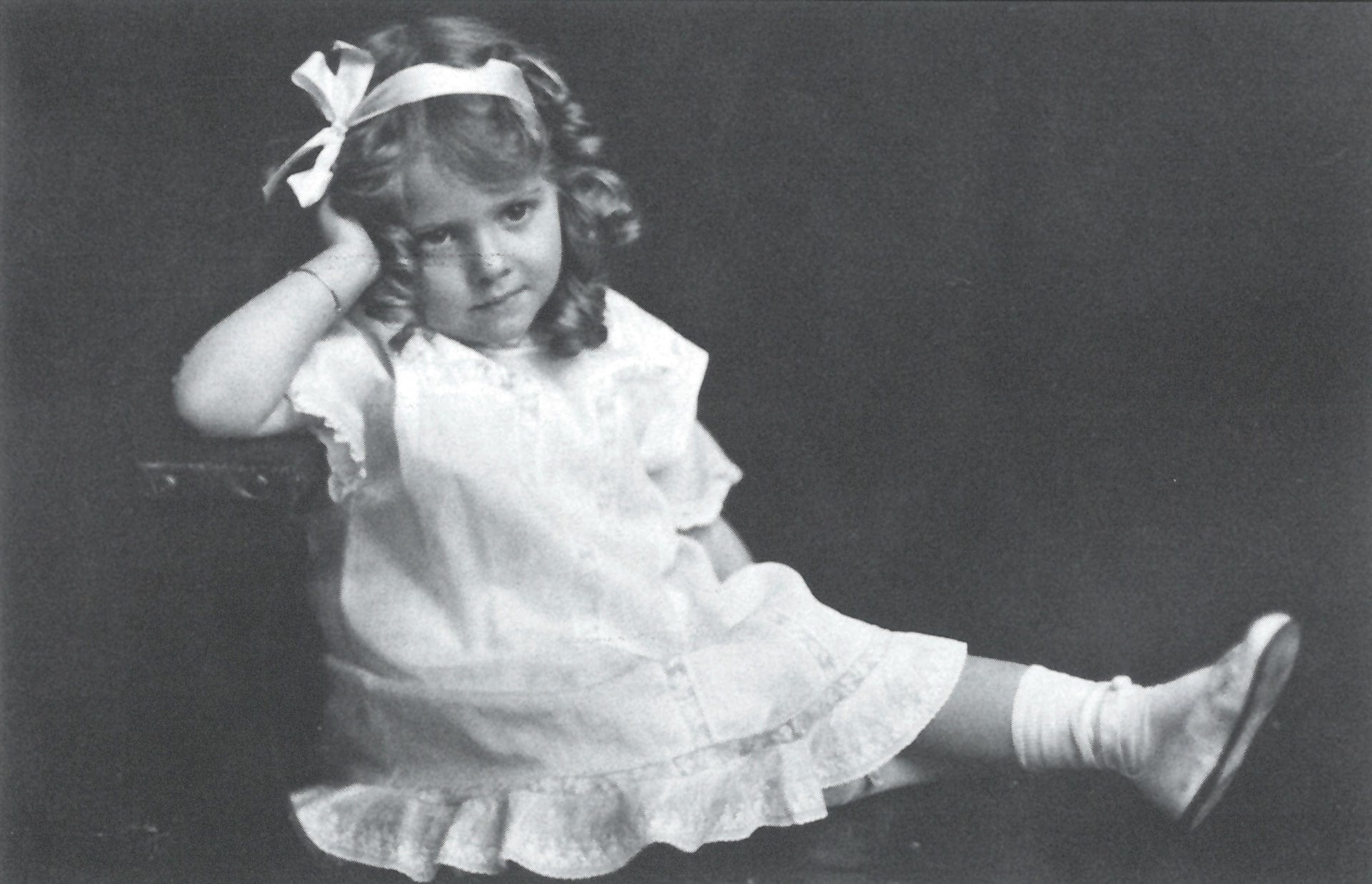 Three-year old Lady Elizabeth Watson, named for her aunt Lady Fagan Bridgeman, poses for a portrait shortly before she cut off her own curls.  Her grandfather Confederate general James Fagan was the first colonel of the Jackson Guards, and young Lady was supposed to help unveil the new Confederate monument on the courthouse grounds.  Her distraught mother sewed the curls onto a velvet ribbon and went on with the show.